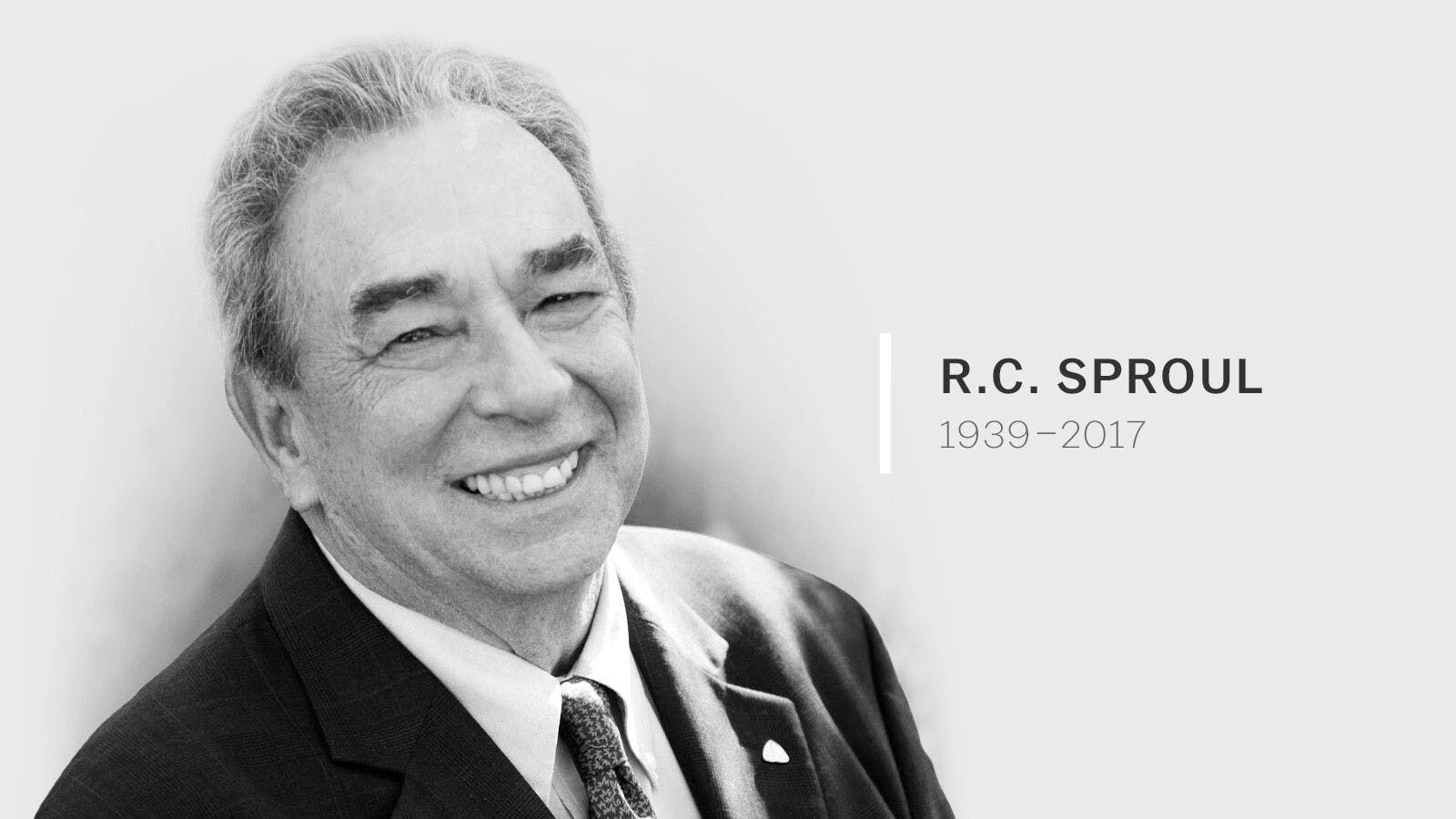 I think I first heard Dr. R.C. Sproul speak while as a teenager I was working at a local burger joint/gas station in Stafford, Kansas. I was a new Christian and spent every spare moment I had listening to a local Christian radio station. My coworkers called me “preacher man” (a terrible slur!). The radio station played Bible teachers like Chuck Swindoll, The Bible Answer Man, Ravi Zacharias, and my favorite, Renewing Your Mind with Dr. R.C. Sproul.

I didn’t know much about theology. I didn’t know what a Calvinist was, or why John MacArthur was always angry. I didn’t know what a Confession of Faith was. I hadn’t read the whole Bible before, in fact I found it deeply intimidating. What I did know was that the God R.C. Sproul preached had a lot in common with the God I heard J.I. Packer talking about in his book Knowing God. There was a weight to the God he spoke of. The God Sproul talked about was holy and not to be trifled with. The God that came through the radio night after night was a God who I knew I needed a mediator if I was ever going to draw near to him. Sproul showed me that the God of the Bible was holy, majestic, glorious, and extraordinary. And he taught me that all those words weren’t just catch-phrases, but that they had content. It meant something to call God holy or glorious.

I was a lonely Christian. I was the only one at my school (that I knew of) and felt isolated. Dr. Sproul’s voice was like a friend who wanted me to know the most important things in the whole world. When he spoke, I knew that what he was saying actually mattered, and I knew he wasn’t play-acting for me. I learned about the Trinity from him. He taught me about justification and what it meant to be saved (I can still hear Dr. Sproul saying, “Who does God save us from? He saves us… from Himself!”).

He showed me that Christianity could have a heart, but that the heart had a basis in the mind. Truth begins in the head, moves to the heart, and goes out to our hands and the rest of our lives.

I think I was 18 years old when I met Dr. Sproul in person. I went to a conference called Loved by God in Wichita, Kansas. He spoke like someone who hadn’t just read about the love of God, but who had experienced his love. Who had been loved by God in Christ. He was like the thirsty man showing us all where to find water. I met Dr. Sproul in the hallway, and he shook my hand: “How are you doing young man?” I was starstruck. It was humiliating! I had no response for how I was doing! I think I mumbled something about his book The Holiness of God, but my chance to be best friends forever with my mentor was totally dashed! I’d have to settle for protégé. That’s okay, I was better at that, anyway.

I remember that my friend asked him a question during the Q&A time. His question was, “What is the hardest theological problem?” and Dr. Sproul didn’t hesitate: “How could Adam and Eve have fallen if they weren’t sinners to begin with?” He was so open. I’ve long admired that someone like him could admit that he didn’t know something, and that after so many years in the faith there were things he still didn’t understand.

Since then I married, had children, and became a pastor. My life is very different than it was when I first encountered the man. But earlier this year, in July my family and I went to St. Andrews Chapel in Florida and were privileged to hear Dr. Sproul preach. He entered the pulpit with great difficulty, needing help to ascend the steps. As he stood to speak we could hear the oxygen machine assisting him with his breathing. During the sermon he spoke of how the Lord helped him to stop smoking cigarettes and the great difficulty of saying no to that temptation. At one point a woman in the front row was trembling. He stopped his preaching and said something like, “Somebody get this poor woman a coat. She’s so cold she looks like she’s having a seizure!” My children currently remember him as a very funny man. Even in his last days he had his humor.

Little did we know he would die five months later. I feel so glad that my children got to see, preaching in person, this man who meant so much to my life and my walk with Christ.

It’s easy to tell myself that the world feels emptier without him here. That's always a temptation when we lose a loved one. Of course these feelings are deceptive. The truth is, it was always Christ who filled the world with beauty and joy. None of it ever came from Sproul; that would be ridiculous! All he did was point me and all of us to the Lord. It’s the Christ he proclaimed that has given the world its beauty and grace.

It feels like the loss of a father. And that thought is right. He was my father in the faith, and now he’s gone on to his reward. And here we are. The world keeps turning. Life is going on. Commerce continues. The church soldiers on. We’re all still here. Signs that it was never about this man. He was important to me, but he wasn’t my rock. He meant something, but he wasn’t my stability. His preaching fed me, but he wasn’t my Savior.

It turns out the reason he meant so much was that he pointed me to the rock. He pointed me to the one stability I’ve known since a teenager. He was never my stability. It was always Jesus Christ, and unlike my mentors, my heroes, my friends, I never ever have to fear losing Him. “I will never leave you or forsake you.”

And so Dr. Sproul has departed this veil of tears. He’s still alive, but far moreso now. I conclude some of his very own words regarding death:

“When we close our eyes in death, we do not cease to be alive; rather, we experience a continuation of personal consciousness. No person is more conscious, more aware, and more alert than when he passes through the veil from this world into the next.
“Far from falling asleep, we are awakened to glory in all of its significance. For the believer, death does not have the last word. Death has surrendered to the conquering power of the One who was resurrected as the firstborn of many brethren.”

I think it’s suitable that I talked more about myself in this remembrance than I did about Dr. Sproul. He never knew me. This was a totally one-sided relationship. He talked and I listened. He said something, and I was blessed. It turns out, the measure of our ministry is often the impact that we have on others more than the impact it has on us. If anything, I hope that this article can, if nothing else, stand as a testimony of the impact that this man’s ministry had on my life – on the man, father, and pastor that I would eventually become.

The only time I ever met Dr. Sproul I was far too starstruck to put a whole sentence together that could explain just what his ministry meant to me. It seems suitable that almost 1500 words later I feel no closer to accomplishing that goal.