Looking Back on a Year 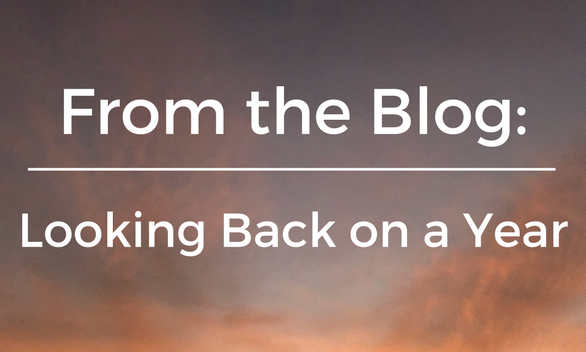 Dr. Charlie Wingard, my mentor, friend, and preaching professor from RTS Jackson, has a regular yearly celebration that he considers more important than his birthday. That day is his “ordination day” – the day he was ordained to the Gospel ministry. He has joyfully served as a pastor now for many years, but in all that time he considers his ordination to be more important in his life than even his own birth!

On November 6th of 2016 I was ordained to the Gospel ministry and installed as the Pastor of Pearl Presbyterian Church. It is my own ordination day – it is a day I will always remember. I had friends, mentors, and classmates in attendance that day. But even more important than those people was the congregation here at Pearl Presbyterian Church, to whom the Lord had called me as minister. As I write this article, I am recalling the joy my family and I felt on that very special day.

This month, then, is the one-year anniversary of my installation as the Pastor here. In that time a lot of things have happened in our church family. Some mournful things have happened: the funerals of Roy Diehl, Cleo Kelly, and Bernice Magee all come to mind. Some difficult things have happened: several in our own congregation have had surgeries and spent time in the hospital. But there have been many happy and joyful developments, as well.

Average attendance each Sunday morning and evening has increased. Giving has increased, by God’s grace. We have had 10 new members join in the last year, and have joyfully seen an increase in visitors as well. We have an upcoming Baptism scheduled for later this month (with potentially more on the way down the road). We have had building improvements as well – among the most recent being the completely new air conditioner system in the sanctuary. We also have a beautiful website that points new visitors our way and also allows anyone who wants to listen to our full archive of sermons. If you haven’t looked at it yet you can visit it at www.pearlpres.com. We have had a number of visitors who said they came to visit after looking at our website first. You can also subscribe to our church’s podcast which will deliver both sermons each week to your smart phone if that’s something that you are interested in.

All of these things have been due, not to the labors and work of any one person, but ultimately to God’s grace in answering the prayers of his people. Every Sunday morning at 9:15 am, between 3 and 5 people have gathered in the parlor to pray for this church. We have prayed for faithfulness. We have prayed for the members of this church to grow in Christ. We have prayed for visitors who don’t just drop in once, but who stick around to see what we’re about. We’ve prayed that God would do what he promised by his Spirit through his Word, by changing the hearts of men and women. We pray that Christians would grow, and that non-Christians would be converted and have their hearts changed by the power of God. We have prayed for the sorrows of this church body and for the healing that comes from Jesus. God has been answering these prayers!

If God has answered the prayers of 3 or 4 Christians gathered before church each Sunday over the course of this past year, imagine what he would do if twice that many gathered! What sort of things would you ask God to do in our midst if you really believed that just by praying he would answer our cries? I believe that we would see the people in the city of Pearl having hearts changed and moved by God to shelter in the Son of God and find forgiveness from the guilt of their sin and deliverance from the power of sin.

What is coming up this next year?

Some administrative things that many people won’t notice are on my own agenda. I am in the process of developing elder and deacon training materials, praying that the Lord would raise up leaders from within this church in his own time. I am also in the process of preparing an inquirer’s class so that new members at Pearl can not only understand the basics of Christianity but so that they can also have a basic understanding of what it is that Presbyterianism actually believes and teaches.

Perhaps more visibly we will begin a series on the book of Philippians in the mornings at the beginning of November (with a pause from that series for a couple weeks during the month of December). When we finish preaching through Mark in the evenings I anticipate picking up an Old Testament book. On Wednesday evenings we will also begin a series by Paul Tripp and Tim Lane called Instruments in the Redeemer’s Hands. It is a series about equipping Christians within the church to help other Christians to grow and change.

These ordinary means of grace are the substance of who we must be, and what we must do as a Church of Jesus Christ. Anything else is just icing on the cake.

What’s ahead for the next year? By God’s grace what is ahead will be the Word, the sacraments, and prayer. We will preach the Word. We will pray for the Word to change hearts. We will administer the Word in a visible way. We will teach it to our children. And then we’ll do it again and again, repeating the cycle, because we’re sinners and there is no end to our need.