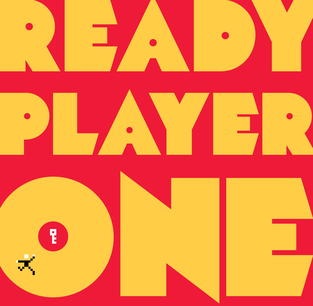 Ernest Cline’s best-selling book Ready Player One tells the story of a dystopian near-future in which the world has fallen into such depressingly hopeless disrepair that people have no hope for joy in the real world. Poverty is at an all-time high, churches are nowhere to be seen, and indentured servitude becomes a social reality for those who cannot pay their debts. Because the world is so hopeless, everyone – even the poorest of the poor living on the streets – walk around wearing virtual reality headsets. Although their bodies exist in the “real world” most of their lives are spent living in an artificial world of entertainment and fantasy. As you read the book, it is initially exciting as the reader joins in the adventures of the book’s protagonist. However, as the book progresses you as the reader soon discover that this is a dark and depressing world where people have lost hope of any sort (and the book’s protagonist is fittingly a self-described atheist).

Unfortunately, the world of Ready Player One is not exactly far-fetched, nor far from our own present reality. Samuel James, in a recent column at First Things titled America’s Lost Boys observes that increasingly young men are delaying the trappings of adulthood (career, relationships, family) for artificial worlds of escape.

Now, before anyone thinks this is me taking shots at video games, amusements, or entertainment, you should know that I have hobbies of my own that I greatly enjoy. I like collecting movies, comics, records, and video games – this is a hobby that I enjoy. Entertainment, rest, and leisure are gifts from God in moderation. So I am critiquing this tendency, in some ways, as an insider – as somebody has a modest appreciation for such diversions. However, these amusements need to remain a hobby – not a way of life. For many males in America this has become something more – a lifestyle. As Samuel James puts it, “The portrait that emerges of the young American male indicates an isolated, entertainment-absorbed existence, with only the most childlike social ties (such as with parents and “bros”) playing a meaningful role.”

This means that not only are young men not finding work, but they are unable to form healthy relationships with the opposite sex, not only are they not forming families, but they find themselves increasingly preferring artificial reality to actual reality.

My purpose here is not to moralize and tell you all that you should find better ways of spending your time. My purpose here is not even to shame parents who are letting their older sons live at home. Instead, I want to point to this phenomenon of the young western male as a symptom of the deeper disease of meaninglessness that pervades our western society.

The main character in Ready Player One is a young man who also happens to be an atheist. I do not believe this is a coincidence. When hope is lost, people will of necessity find a way to create their own hope, even if it is only fictional. It is also not coincidence that that as Western society is increasingly dominated by a secular and atheistic narrative that it increasingly loses its sense of meaning. And now we find ourselves grabbing at more ways to amuse and distract ourselves.

I believe it was Neil Postman who suggested that for all our fear of “Big Brother” from Orwell’s 1981, the real world of our future is Huxley’s Brave New World, in which instead of being dominated by a government or external entity mankind would instead be dominated by his pleasures and numbed to the world of what was really going on. Instead of being dominated, Huxley suggested that we would just be so absorbed by our drugs, sensuality and distractions that we would cease to care about the things that really matter.

Our temptation is to put a Band-Aid on this mortal wound, but that doesn’t solve the problem because the problem runs deep. The answer, then, is not necessarily to make our kids play less video games (though we probably need to). The answer is not to make our sons go get jobs (though they almost certainly need to). Our temptation is to see those things as the problem. However, those problems are the presenting symptoms of a deeper sickness.

The real answer to the deeper problem is the Christian message that life is not meaningless. We were created for a purpose: to glorify the creator. Yes, things are in bad shape, but the answer is not to retreat from reality but to face the problem of sin in our own lives and to be reconciled to the Creator, to whom we must give an account on the very real and approaching day of judgment. From the observer’s position this situation may seem hopeless, and the temptation (as it always is in our own day) is to ignore or escape the seemingly hopeless situation. Instead the answer is for us to embrace and share with our neighbors the source of true hope that really exists. Christ broke into a seemingly hopeless creation and offers us an answer to our deepest need, and all the distractions in the world won’t fix this problem for us.

For our part, the deeper answer is for us to share with our friends, neighbors (and fellow Christians) the truth that the real world was made by God as a good thing in which we are given but a little time in which to do things that matter for God and for one another. The cure for meaninglessness is not distraction – it’s meaning, and only God in Christ can give that to us.